Years ago if you asked about HOT SPOTS in NYC, people would rattle off names of the hippest clubs they could think of, perhaps mixing in a few classic Manhattan night spots. These days the same question would require a rather more technical answer.

The other day I was called to a new customer that had a problem accessing the Internet.
After some troubleshooting and surveying his high rise apartment for a wireless signal, I discovered that his DSL service was down and that his laptop was no longer connected to his wireless network.
Apparently, some of his nearby neighbors had open unrestricted hot spots, while others were knowingly limiting access to their wireless Internet service, which caused his computer to get “stuck” on one such connection that did not take him anywhere.

Hot Spots, often called Wi-Fi (short for wireless fidelity), are wireless Internet Access points using the 802.11b/g protocol, are in high demand everywhere these days. Even more so when they are Free. Today, there are people with laptops more than ever before, many with Intel’s Centrino technology, which has a built-in wireless card, and others with wireless pc cards.

Finding Hot Spot locations
New York City and the island of Manhattan in specific, is probably the world most condensed and widely spread Hot Spot. There are many providers both free and fee-based. Already in the summer of 2002 in Bryant Park (in Midtown, behind NYC public library at 5th Ave and 42nd Street) you could access the Internet for free. A wireless network was installed by NYC Wireless, a non-profit organization that has set up many free networks around New York City.
Soon after, other providers joined in on the Wi-Fi expansion. Starbucks Coffee began offering paid service in selected locations via T-Mobile. Verizon offers free access to their hot spots throughout Manhattan to all Verizon DSL customers. Many Borders stores now offer T-Mobile high-speed wireless Internet access too. There are some hotels that offer free wireless access, as well as some small coffee places. Today many of the city public libraries offer free Wi-Fi access as do many universities in the city. Even on your flight out of the city, in the airports, more than a few terminals have hot spots, such as Jet Blue free service at JFK. (for a complete list of up-to-date available wireless spots go to free NYC wireless.)

Before hot spots were in vogue, wireless Internet access was already in demand in the home markets. I have been using wireless networking in my apartment since 2001. Back then the equipment was relatively expensive and required careful configuration to make it work reasonably well.
Since then the technology got better in many ways; improving speed (from 11mb up to 108mb), making it easier to install and connect and even bringing the equipment price down. This wireless technology is rapidly spreading everywhere.

The need to have wireless solutions in residential homes grew as a result of people having more PC’s in the household and their wanting to share their existing high-speed Internet access without running messy wires all over their apartment. The growing numbers of wireless laptops further escalated demand. Unlike desktops with wireless cards, laptops could access the Internet while moving around different places at the home, so for this, you had to go wireless.

You can do a lot with your wireless networking If it is configured right. But IF is a big question. Because as you may learn, the majority of the times this is not the case.
You can share not just high-speed Internet, but also files and printers. There are other ideas for your home entertainment to explore that you can find.

Common problems for wireless networking at home:
Wireless networking is great and convenient when it works right. But there are some drawbacks to going wireless that sometimes leave users very frustrated. The most common problem in apartment buildings, especially in Manhattan, is signal interference with other wireless devices using the same frequency. Some of them are in your own home (i.e., cordless telephones using the 2.4ghz, baby monitoring or a microwave). Others could be your neighbors. Not just the noisy one next door, but sometimes any neighbor within a range of 150 feet of your wireless device.

Security is also a big concern because the wireless transmissions can easily be intercepted, including e-mail, instant messaging and information entered on non-secure Web sites. Most, if not all, manufacturers of wireless routers, provide means of securing the connection to wireless devices through WPA (Wi-Fi Protected Access) and WEP. (see wireless network Glossary)
Some of the better products come from Linksys, D-Link, and Netgear. Some of these manufacturers have better specific products than their competitors, and some have better more knowledgeable technical support personnel.

The other most common problem is human fault. Whether by lack of understanding or by ill advice, even from some tech guys, very often I come across bad or default configuration. Users leave default SSID, never change the admin password, never survey whom they are up against for channel selections or signal strength, and don’t get proper training on how to maintain and use the device or the network created.

There is an old saying that “what you do not know does not hurt you”. That was maybe true before identity theft came to the forefront of Internet crime. These days if you are not protecting your computer and your computer network with some software and hardware solutions, you are risking such outcome. This is especially true when it comes to your wireless network.

Tips for wireless networking at home:
Perhaps the best advice I can offer is this: do not leave the default configuration that comes with all wireless routers as is. Change the router default password, if the out of the box configuration is initially working, that does not mean that it will always will. Wireless networking is more prone to variables in your home location.

Use the following as guidelines for planning your in-home wireless network:
Router Location – Make sure you place the router/access point in a centralized location within your network for the best performance. Try to place the router/access point as high as possible in the room, so the signal gets dispersed throughout your home. If you have a two-story home, you may need to extend the signal range.

Interference – Place home appliances such as cordless telephones, microwaves, and televisions as away as possible from the router/access point. This would significantly reduce any interference that the appliances might cause since they operate on the same frequency.
Security – Don’t let your next-door neighbors or intruders connect to your wireless network. Secure your wireless network by turning on the WPA or WEP security feature on the router.
As an added security be sure to use Mac Address Filtering to control who has access to the wireless network. (This feature is not available in all routers)

Be sure to set your wireless profile, under Windows XP utility, or similar utilities (if not using Windows), to connect to infrastructure and not to ad hoc mode. Do not choose “connect to any available” as this could get you stuck on some spot you do not want. This will insure you will always connect to your hot spot not to that noisy neighbor.
When traveling and away from your own network, you can create a another wireless profile which will be set to “connect to any available”, as this might help you connect to any free and unrestricted web access. Just be sure to disable any file sharing on your laptop, if you have it on, to prevent easy intrusion.

Finally, if you have problems setting up or making it all work, don’t be shy, get an IT guy! Call for professional help to get an onsite customized service that would make your wireless networking experience at home fun, stable and secure. 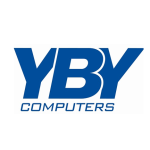